A royal wedding is always a hot topic, especially right now when monarchies across the world are so rare. Of course, the most famous in the modern era is our very own royal family..

A year after their engagement, future king William wed the now-Duchess of Cambridge in a sumptuous affair that renewed the loyalty of the nation to the Crown. No expenses were spared in the wedding of the 21st century which was rumoured to have costed close to £23 million. The bespoke dress alone was worth £250,000. Vogue details that it was a collaboration between Alexander McQueen and the Royal School of Needlework. They made Kate Middleton’s dream gown come to life and it matched her slim frame immaculately. Around two million lined the streets of Westminster Abbey and millions more watched the momentous occasion on their televisions. During the ceremony, it was safe to assume that for the most part, women the world over wished they were in Kate Middleton’s shoes – standing beside their very own Prince Charming. 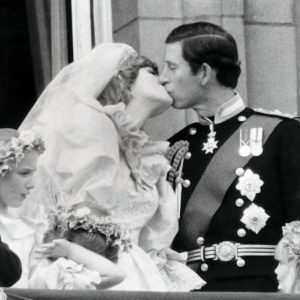 Nevertheless, the young prince’s wedding, as lavish as it was, had been purposely planned not to upstage that of his parents. Vanity Fair wrote that the estimated cost of Prince Charles and the late Princess Diana’s wedding was £79 million when adjusted for inflation. It was the most-watched nuptials in history, with 750 million people tuning in to the events and millions more flooding the streets of London to join in on the celebrations. Like something out of a fairy tale, Diana Spencer was escorted out of a glass coach to walk down the aisle of St. Paul’s Cathedral in a glorious lace dress with a 25-foot taffeta train. The Hen Fairy previously suggested how important it is to find a dress that fits your silhouette right down to the inch. Princess Diana had to go through numerous fittings in order to showcase her stunning figure. Prince Charles sealed the deal with a balcony smooch that the Duke and Duchess of Cambridge later replicated in their own wedding as a new tradition.

Despite the long-reigning Queen’s apolitical and mostly ceremonial status in the UK, the Royal Family represents tradition and a rich history that remains unabashedly unchanged in the midst of globalisation. Now, there is significant buzz for yet another royal wedding. Ever since photographs of Prince Harry and Meghan Markle walking hand-in-hand surfaced in the news, the British public has been on standby for another royal engagement. Thankfully, the wait didn’t take very long, as the couple made a formal statement just 15 months after they started dating. The two are set to tie the knot on May 19 this year, according to Entertainment Daily’s ‘Royal Wedding Guide’. 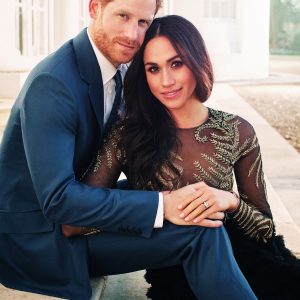 The way in which our royal weddings play out like fairy tales are why they remain so very popular. Prince Harry and Meghan Markle are relatable public figures in their own right, drawing people across the world to their story. The 33-year-old prince has long shed his bad boy image, served successfully as a Captain in the Army, and now devotes his time doing charity work with his fiancée. The retired American actress is passionate about many causes like equality and caring for children, in the same vein as Harry’s late mother. Being a woman of colour, her marriage as a royal is inspiring people worldwide.

Royal Weddings are a national cause for celebration, with hundreds of events and gatherings being planned out in preparation for the big day. The government has even encouraged the public to take to the streets in celebration.