Nothing beats a chick flick, especially at a hen party!

Whether in a rented cottage, hotel or even a tent – a girly movie surrounded by your chosen hens could not be better!

I have chosen 5 of my favourite wedding themed chick flicks which are perfect to watch for setting the mood at a hen party. So, now is the time to bring out the popcorn and the beloved Ben and Jerry’s.

By far my favourite chick flick of all time. Bridesmaids is a go-to movie for any woman looking for a rom-com that will put them in the mood for their hen party. A girly, feel good, hilarious film based around the competition of two maids of honour and their journey through vital events in the wedding process together. The unique humour will have you hens laughing their socks off. With an uplifting ending there will be no need for tears, instead it will get your ready for a night on the town. 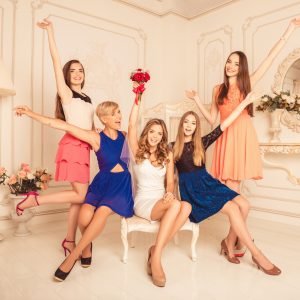 Bride and her bridesmaids

Who doesn’t like to sing along to Abba? Noone! This upbeat musical will have you and your hens singing your hearts out and dancing the night away. Adapted from the stage musical it’s the most enchanting story of the bride-to-be trying to find her real father. Following the rhythmic lyrics of the legendary 70’s band. Mamma Mia based in a beautiful old world Greek town; with vintage dresses and decoration it is totally inspiring. With a picturesque setting, romance and great tunes, what more do you want in a musical? 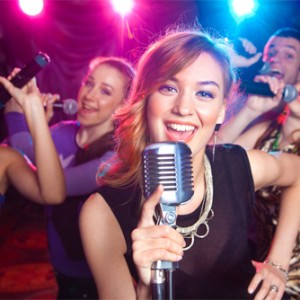 Be a star in Mamma Mia sing along

Bride Wars is definitely the ultimate watch for girls, especially those planning a wedding. It involves two best friends who are waiting for their boyfriends to pop the big question. When they both indulge in engagement they begin to plan their big day. However, this leads to a lot of girl drama. The easy to watch film, though will provide a giggle along the way.

This classic romantic comedy includes poofy gowns, pop music montages and a wacky wedding. Wedding obsessed Jane (Catherine Heigl) who’s been a bridesmaid 27 times, doesn’t want to be bridesmaid for the 28th time as her little sister is marrying her boss, George—to whom Jane has been secretly attracted to for years. Jane is, of course, expected to organize everything, just like she always does. But, under the circumstances, things don’t go as Jane’s sister expected. 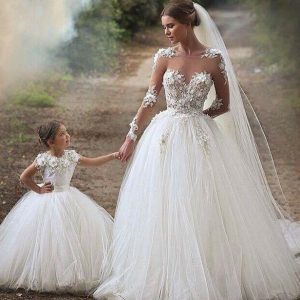 What Happens in Vegas (2008)
This funny film features Cameron Diaz and Ashton Kutcher as they accidently get married on a drunken night out in of course Vegas. The judge has compelled them, for legal reasons, to live life as a couple for a limited period of time as a large amount of money is at stake. This funny romantic film will get your hens giggling, as they anticipate whether this couple will stay together.